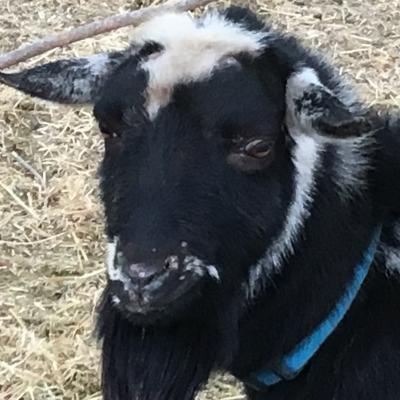 I tracked Buddy down for his polled gene, which is mostly an AGS pedigree, so that gene is really hard to follow.  I'm considering it a separate line for now, tracing back to Donna's Domino.  He has an interesting coat.  To look at him now, you would think he is just black and white, but his kids really surprised me.  I had two bucklings with a fever coat that looked like dark brown chamoise and his doeling had a couple of tiny moonspots!  So I went back the photos of him as a buckling and sure enough, he had one whole ear that was a moonspot and he had that same brown chamoise fever coat.  He sired five kids Spring 2019 and all but one had chocolate moonspots :)  Granted, he was bred to a moonspotted doe, but the non-moonspotted doe threw two moonspotted kids, so Buddy DOES throw moonspots.  I've retained his daughter Gavella Galactica to carry on his polled gene. 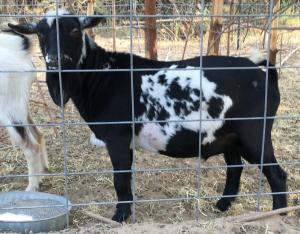 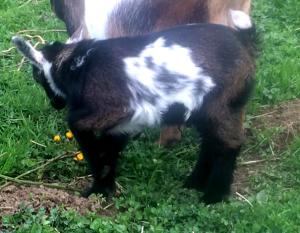 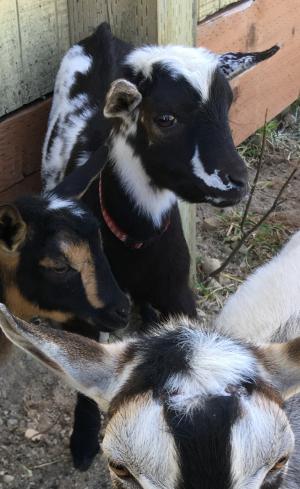 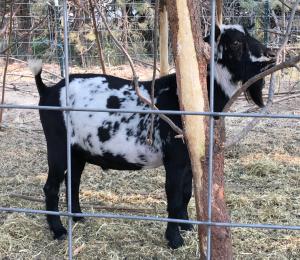 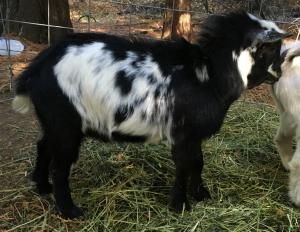 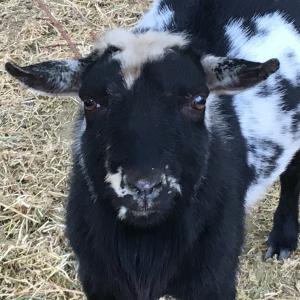